Riste is a hard-working guy who is very present on social media. It’s been fun to watch his boutique brand take off, and great reviews have come flooding in over and over. Let’s take a look at the JSK Red Knight Lancero. 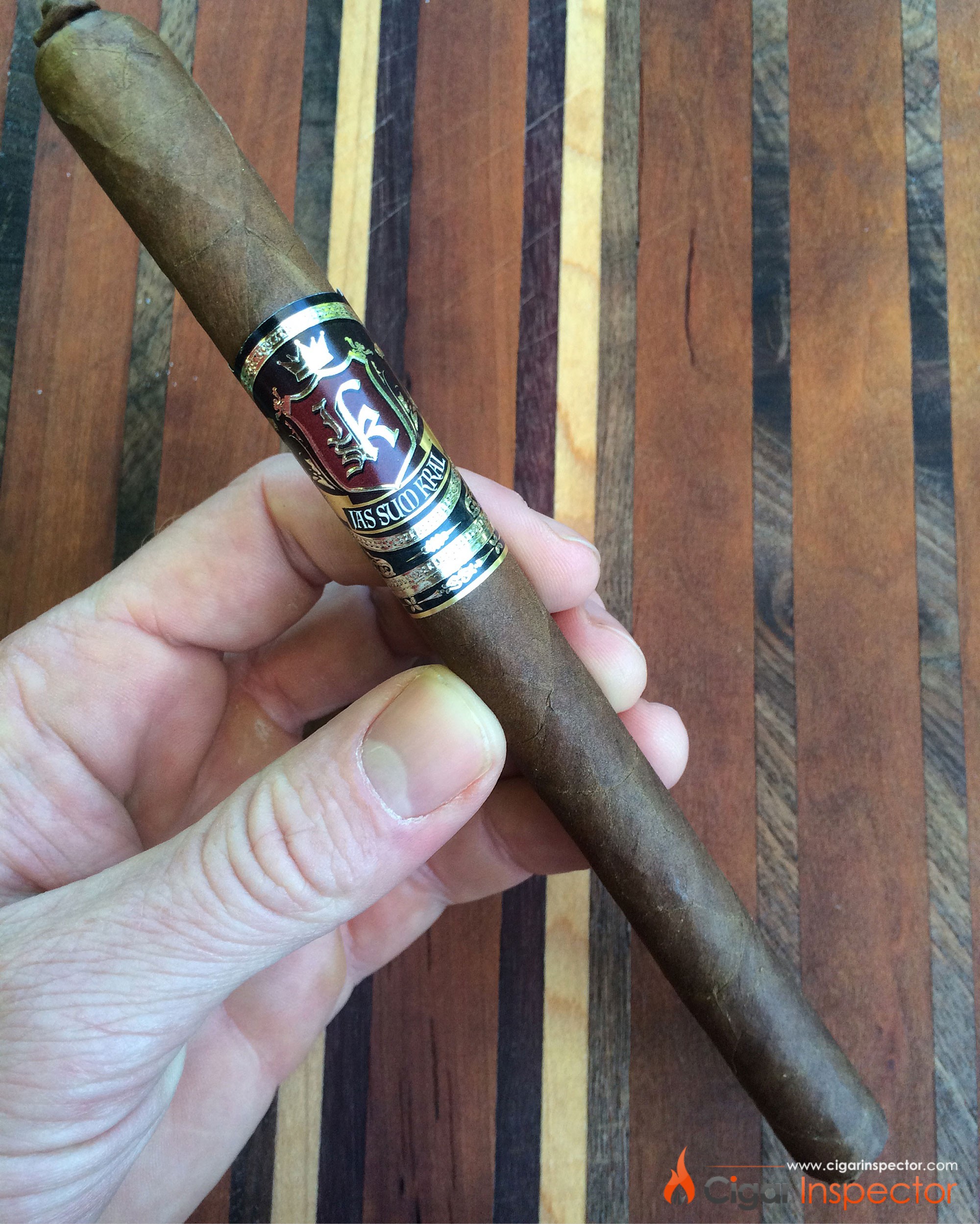 The JSK Red Knight Lancero is an excellent looking cigar. The wrapper is silky smooth with a medium brown tone with a reddish hue. Riste added some classy twists with a closed foot and a twisted pigtail cap. You can’t see the pack, but the cigar feels solid in hand, but not too dense, so I’m expecting a good draw.

The draw is perfect throughout, especially for a lancero, which can sometimes be over-tight. The ash was snow white, and dropped in close to one-inch chunks all the way down to the nub. Zero touch-ups were needed, and I was able to keep it cool down to a tiny nub. The final smoke time was 1 hour and 4 minutes, which I felt was a tiny bit fast, but that was mainly due to my constant puffing because I was having a great time tasting this cigar. The cigar did have a bit of strength, so I’d recommend this after a meal and not on an empty stomach.

From the wrapper, I got notes of sweet barnyard and a slightly floral and honey-like sweetness. The cold draw, already excellent despite the closed foot, is a sweet tobacco and has some nice black pepper already there which creates a little tingle on my tongue.

First light it’s off to a quick start with loads of a red pepper, black pepper, and a tiny hint of dry cocoa. On the retrohale, I have to tread lightly for the first 5 puffs, as the pepper and spice notes are quite bold. The heat has a definite cinnamon quality. Certainly a start to grab your attention! Full-bodied start. The draw is perfect and it’s a joy to take slow, small pulls and let the smoke trickle out of my mouth and nose. This really gives me a chance to pick out flavor notes and analyze the profile.

Once the nearly snow-white ash falls about an inch in, there is a big flavor shift. The pepper dies off considerably, which allows JSK’s complexity to shine. The retro is now very smooth, and there’s still some cinnamon. However, now I can taste cream, sweet bread, bakers spice, cedar, hints of cocoa, and deep down I catch a glimpse of an enticing stewed cherry. I’m reminded of a cherry Danish!

So, there is a quick attention grabbing start, which quickly faded into a very smooth and complex mix.

The middle section of the JSK lancero is an incredible experience. The body is a solid medium, and the feel of the smoke has become a touch drier. There is a solid base now of roasted black coffee bean, cedar, cream, and that fleeting cherry, which is now a dry cherry. Each draw, a different flavor seems to come to the forefront. One draw the coffee is heavy. The next, the dry cherry pops up. I’m finding the profile and mouth feel to be very similar to a Padron 1964 natural for comparison’s sake.

As I near the band, the Padron-like experience expands. Earthiness is making a big move. Roasted coffee, cedar, and black pepper are now the main players. A distinct vanilla note mixes with the earth to create a profile you might find in nice aged bourbon here. Right at the band, I’m catching a dry red licorice – there’s that cherry note returning!

The final bit was a continuation of the flavors described above, and the body remained a solid medium plus. I smoked it down to the nub, and I was disappointed that the cigar was over.

You can get a 5-pack of the lancero for $48. In my opinion this is a great value because I was getting flavors similar to the luxury brand Padron, for a fraction of the price. JSK has a cult-like following, and it’s easy to see why. The flavors are bold and easy to pick out, and several transitions happened. 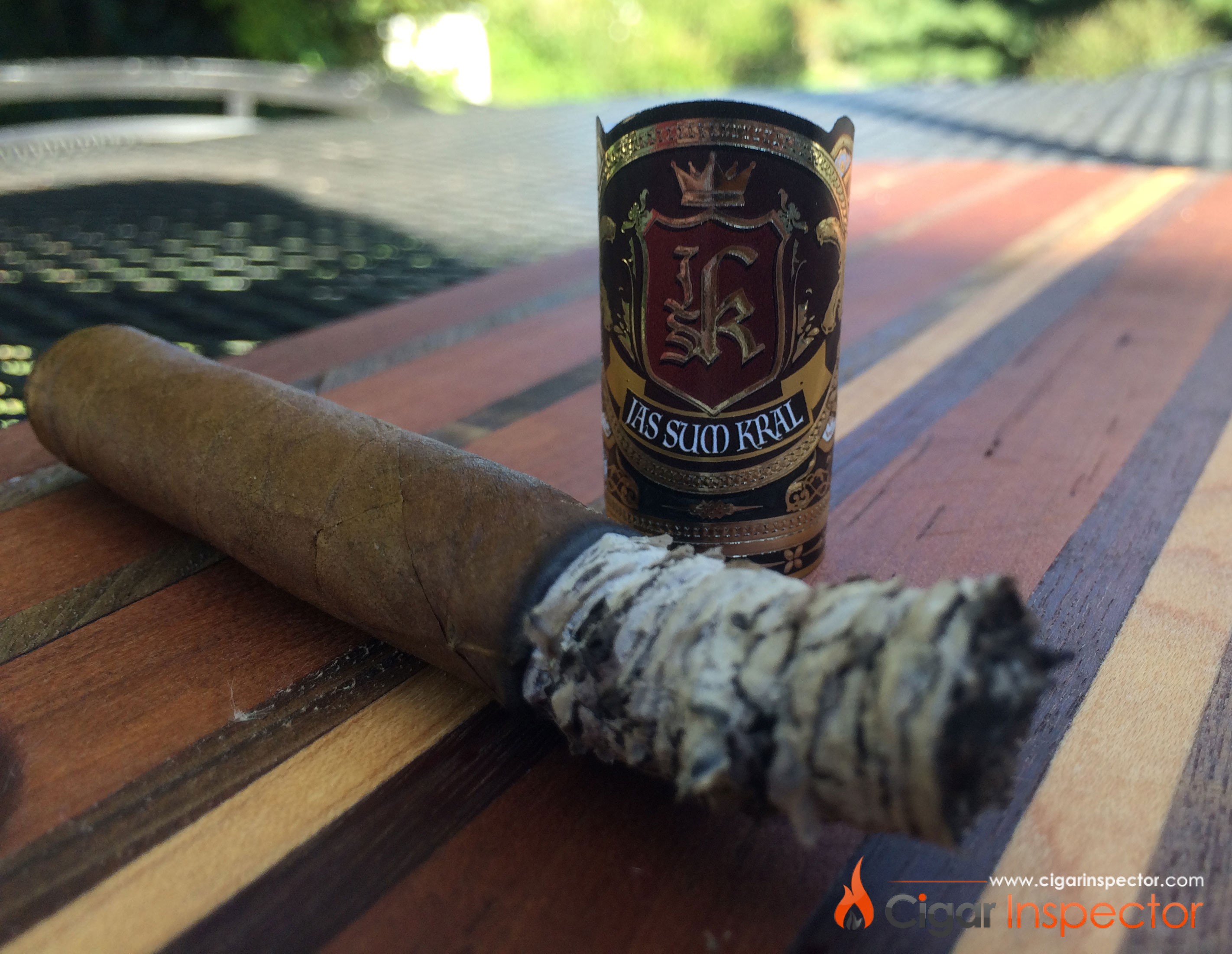 (4.75)
The JSK Red Knight Lancero was very close to a perfect cigar experience. Like I mentioned, the value for the flavors and performance that you get is incredible. The profile is very complex, the smoke was creamy and smooth, and there was plenty of body with some pepper to wake you up, but not enough to crush your palate or nose. While there was that nice cherry note, I wish I could have pulled a touch more sweetness from the profile, which would have made it a 5 star for me. However, I have tried the JSK toro, which I did find a tad sweeter. I think these Lanceros will also age very well and the spiciness will mellow slightly and be great for years to come.

The JSK Red Knight Lancero is a very versatile cigar to pair drinks with. It’s serious enough to stand with a neat bourbon or Scotch, however I also think it’d go great with a sweet cocktail like an Old Fashioned to balance the spiciness and woody notes. A cup of coffee with cream would work well. Again, I don’t think this is the best choice to smoke on an empty stomach because of the strength. On the beer side, I’d go with a nice hoppy IPA or maybe nice German Pilsner. If you’re a wine fan, go red and go big.

This site uses Akismet to reduce spam. Learn how your comment data is processed.

What are you looking for?